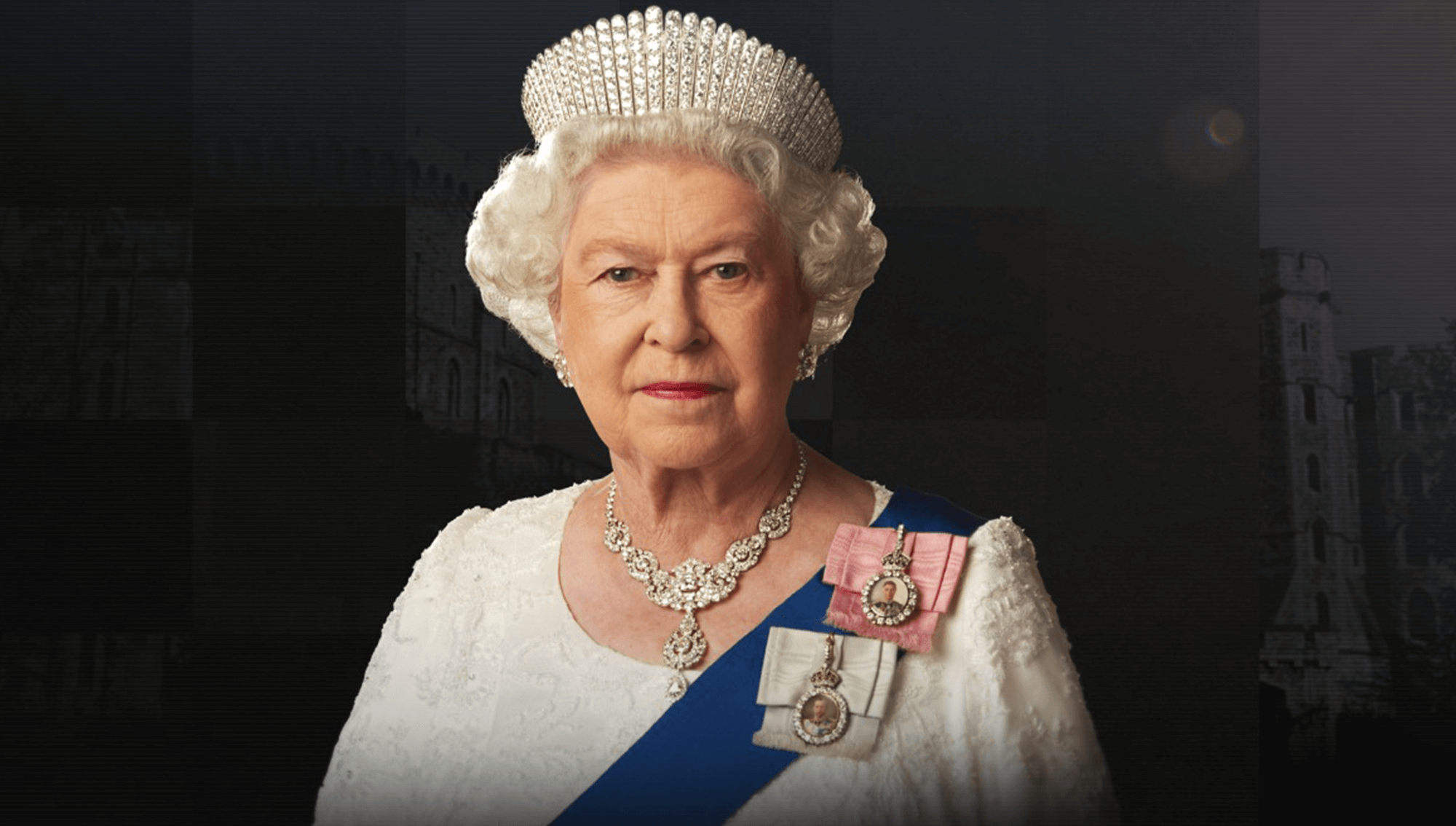 The death of the Queen has triggered plans codenamed Operation London Bridge as the nation enters a period of national mourning.

Here is a day-by-day account of what is expected to happen from now to the Queen’s funeral.

Day by day schedule of events:

At 6:30 pm we all heard the sad news of Queen Elizabeth’s (the longest-serving British monarch in history) passing. It happened just three months after the national celebrations of her Platinum Jubilee in June 2022.

Churches will toll their bells across England at noon.

In London, the Death Gun Salute will be fired at 1 pm with salutes taking place at Hyde Park, the Tower of London and stations including Belfast, Cardiff, York, Colchester, Edinburgh, Gibraltar and Stonehenge, with 96 rounds representing one round for every year of The Queen’s life.

We will hear King Charles III’s first speech as the King, and there will be a service of Prayer and Reflection for Her Majesty Queen Elizabeth II.

The Accession Council at St James’s Palace in London will formally proclaim Charles as the new sovereign.

There will be two Books of Condolence available at the Cathedral for everyone to sign. You will need to go through the airport-type of security and queue for around 10-15 minutes to sign the book. No photography or video is allowed inside the Cathedral.

The late Queen’s coffin procession will start as her body will leave Balmoral for the last time, to travel for around 6 hours to the Palace of Holyroodhouse in Edinburgh, Scotland.

King Charles III and Queen Consort will arrive at Edinburgh before the procession of the Queen’s coffin along the Royal Mile from the Palace of Holyroodhouse to St Giles’ Cathedral in Edinburgh.

The procession will begin – the oak coffin will be taken from the Palace of Holyroodhouse to St Giles’ Cathedral along the Royal Mile with the King and Royal family members following on foot.

Mourners will be able to file past the coffin at St Giles’ Cathedral. One wristband will be given to each person in line at George Square Lane/North Meadow Walk in Edinburgh. Only wearers of wristbands will be permitted entry into St. Giles.

Her Majesty The Queen’s coffin will Lie at Rest in St Giles’ Cathedral until 3 pm 13th September.

The Roal Family will hold vigil.

Short prayers at St Giles’ before the coffin is taken to Edinburgh Airport.

The Queen’s coffin in the presence of Princess Anne is expected to leave Edinburgh.

The Queen’s coffin is expected to arrive in London and be transported to Buckingham Palace.

Details about the route for the lying-in-state queue will be provided.

The procession from Buckingham palace will start at 2:22 pm. The coffin will be placed on a gun carriage and taken to Westminster Hall followed by the King and the Royal family on foot. During the procession, Big Ben will toll and Minute Guns will be fired at Hyde Park. 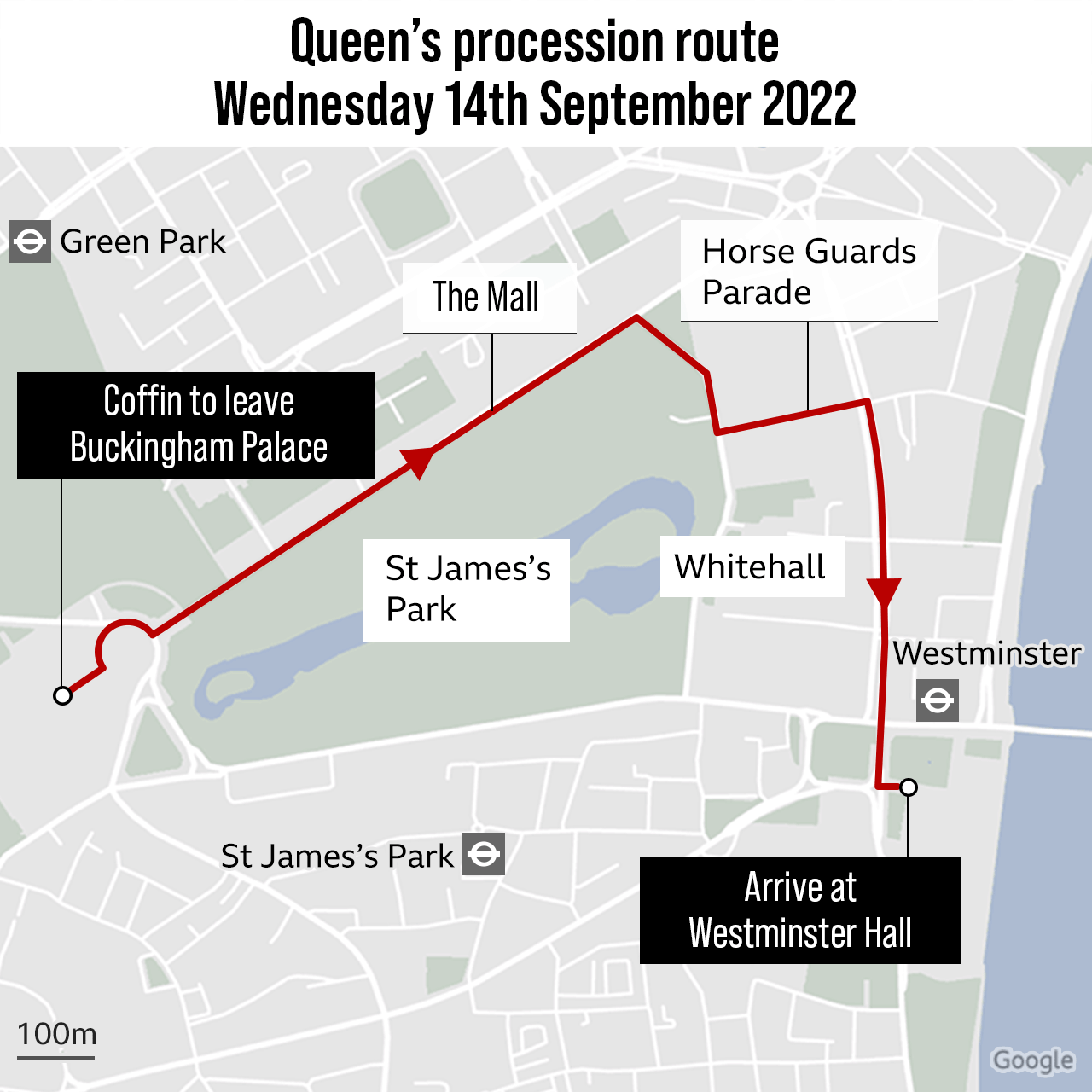 A short service will be conducted by the Archbishop of Canterbury.

Her body will lie in state at Westminster Hall from 5 pm, and this is the time the public will be able to fly past, to show their respects for the late Queen.

After being taken from the Palace to Westminster Hall, the coffin will lie in state for five days.

On 15th September – a rehearsal is likely to take place for the state funeral procession.

The heads of state will begin to arrive for the funeral.

On 18th September at 8:00 pm, there will be a 1-minute silence. The Prime Minister’s spokesman said: ‘The public are invited to come together and observe a national moment of reflection to mourn and reflect on the life and legacy of Queen Elizabeth II’.

The Queen’s coffin will be taken in a grand military procession from the Palace of Westminster (Westminster Hall) to Westminster Abbey.

The Queen’s state funeral will take place at Westminster Abbey.

A national two-minute silence is expected to be held.

Committal service at the St George’s Chapel in Windsor, and at the end of the service the coffin will be lowered into the Royal Vault.